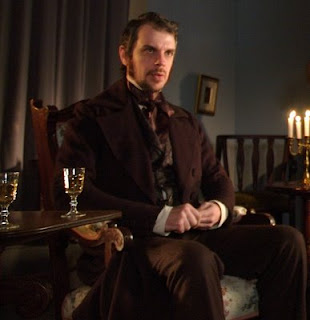 In 1850, after hearing no word from Sir John Franklin for nearly five years, the entire western world was understandably anxious as to his fate. And yet the small flotilla of ships that sailed into the Arctic archipelago that summer were only part of the response; from London to Calcutta, physics, sensetives, and mesmerists were hunkering down to their crystal balls, each seeking to outdo the others in the vividness of their visions of Franklin in the realms of frost. Most of these were -- inaccurately, as it was later learned -- optimistic in tone; Franklin was sick but still living; his men were struggling with the ice but sure to break through. Such happy prognostications surely raised hopes and pleased those who believed them, and yet there was one such vision that offered no such solace. It was, in fact, remarkably accurate, although whether its accuracy can be attributed to psychic powers or fortunate chance is a matter of some debate.

A Belfast merchant captain, William Coppin, arrived in London seeking audience with Lady Franklin. Given that her Ladyship had refused many such offers, it's remarkable in the first instance that she decided to see him at all; her niece Sophia Cracroft wrote disparagingly of the plethora of would-be psychics, and did not have much faith in this latest offering. Nevertheless, a meeting was arranged, at which Coppin told a most curious story: his youngest daughter, Louisa (known to her family as as "Weasey") had died about a year past just short of her fifth birthday. The family took the loss hard, and indeed continued to set a place for little Weasey at the dinner table. Some months after her death, her older sister Anne, along with others of her siblings, began to report seeing a strange blue light which flickered, moved along the wall, and seemed capable of drawing images upon it.

After the blue light apparently predicted the death of the family's banker, the Coppin children had grown more bold, their father reported, deciding to ask the question that was on everyone's lips -- whatever had become of Sir John Franklin? The response was astonishing: an Arctic scene, in the form of a chart, was suddenly visible before them, while on the wall there appeared the words "Erebus and Terror, Sir John Franklin, Lanacaster Sound, Prince Regent Inlet, Point Victory, Victoria Channel." This the children dutifully reported to their father upon his return from his latest voyage, and he -- though initially angry and skeptical -- was eventually persuaded at least of their sincerity. A second vision with the Captain present produced the same results, as did -- if later accounts can be credited -- a third seance in the presence of William Kennedy, who had been asked by Lady Franklin to investigate the credibility of the Coppin story.

These tests apparently being passed -- according to some sources she met with Coppin on as many as 30 occasions -- she supposedly asked Charles Forsyth and William Kennedy, who were about to embark on their search, to pursue this course of action if possible. It was quite possibly while following her instructions that they discovered Bellot strait -- no passage west from the Gulf of Boothia being known at the time of the original "revelations." Kennedy in fact was at this point closer than any other searcher had yet managed to discovering the fate of Franklin, but ice conditions and the lateness of the season persuaded him to push no further west. Apparently, although Lady Franklin made some efforts to persuade W.A.B. Hamilton, the Second Secretary of the Admiralty, to search in this area (without disclosing the source of her wish), no further instructions along these lines were passed along to later expeditions.

These revelations were not published in full until 1889, when a certain Reverend Skewes published a book elaborating them. This brought strong objections from none other than Sir Leopold McClintock, who in a letter to the Pall Mall Gazette, declared that "the whole story of the Londonderry vision is so ridiculous that I hesitate to mention it," and denied that he had ever been instructed by Lady Franklin to follow its directions. Nevertheless, it has continued to haunt the Franklin story, inspiring a novel (Liam Browne's The Emigrant's Farewell) as well as a scene in John Walker's film Passage (see above for an image of James Wallace, in his role as Captain Coppin). Noted Arctic scholars Talph Lloyd-Jones and W. Gillies Ross have also published fascinating studies of these clairvoyant claims about Franklin in the Polar Record [37:200 (2000)], [39:208 (2003)].
Posted by Russell Potter at 9:23 AM