Another record of McClintock's findings 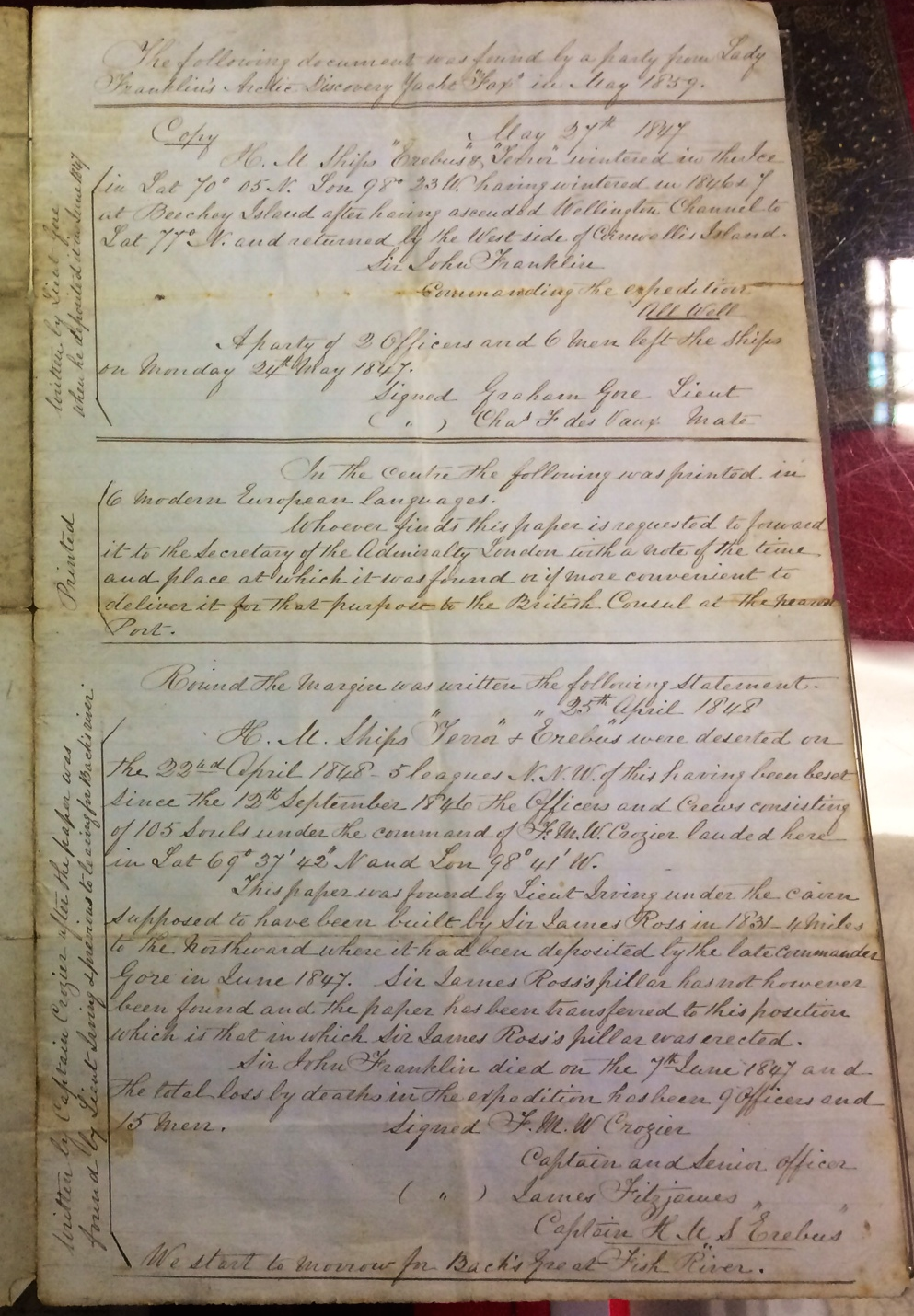 It's known that, in addition to the Victory Point record with its sombre postscript, there was at least one other copy of a note with the same original message. Much to everyone's surprise, there recently surfaced another full copy of the Victory Point record, along with notes of the objects found at Crozier's Landing, the "Boat Place," and the body next to which the "Peglar" papers were found. It was sold at auction in July, and certainly presents a unique historical perspective on Hobson's, and McClintock's discoveries.

It was made by Richard Shingleton, the officers' steward aboard the "Fox," who was thus present at the moment the original record was brought back to the ship. Mr. Shingleton took, perhaps, a more inquisitive and active interest in the business of the expedition than most men in his situation; among the artifacts he brought back was a Snow Bunting nest with three eggs, now in the collection of Norfolk Museums. He will also be known to those who have read Bill Barr's Arctic Hell-Ship, for he was the gunroom steward aboard HMS Enterprise as well, and his private journal was one of Barr's sources for his reconstruction of Collinson's chaotic command. It would seem from this image that Shingleton's penmanship was quite good, and his copy accurate; there are no substantive variations, although he does write "Back's Great Fish River" where the VP record has simply "Back's fish river."

The second leaf of the document lists the artifacts found "at the spot where they landed," at the later "Boat place," and a brief account of the "Peglar" body: "Found in Simpson's Straits, the skeleton of a man and near him a pocketbook, brush & comb, and half a sovereign."

The copy may have been made for personal purposes -- or perhaps simply to help ensure that, should the original be lost, there was another chance for the information to survive.