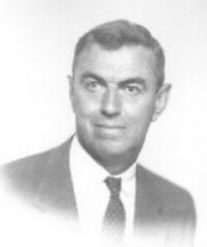 It may come as a surprise to many to learn that a descendent of James Fenimore Cooper -- his great-grandson Paul Fenimore Cooper -- made significant contributions to the search for remains of the Franklin expedition. It's appropriate, in a way, that this scion of an author known for his writing about the western wilderness in centuries past should find himself drawn to the tale of a lost Arctic navigator and his men.

Cooper was born in 1899, and grew up in relative privilege, attending  the prestigious Taft School in Watertown, Connecticut, then Yale University and Trinity College, Cambridge. He showed an interest in writing early on, and served for a time as the editor of Yale's campus humor magazine, the Yale Record. His primary career was as a physicist, but he regularly returned to his literary pursuits; his best-remembered book is probably the children's tale Tal: His Marvelous Adventures with Noom-Zor-Noom, which has been reprinted as recently as 2001. But it was with his long out-of-print account of the Franklin mystery, Island of the Lost, published in 1961, that he made his most significant contribution to the literature of the Franklin search.

In the book, Cooper offers a comprehensive history of the island, which he refers to by its Inuktitut name, Kikerktak (Qikiqtaq in modern orthography). He begins in glacial time, and tells of the arrival of the earliest pre-Inuit Dorset people as well as their more modern followers. He then gives an account of all of those expeditions -- George Back, James Clark Ross, and Dease and Simpson -- whose journeys took them to, or at least, near, its shores. Cooper then gives a succinct account of the arrival of Franklin's ships; while he was well aware of the 'standard reconstruction' (his correspondence with R.J. Cyriax, now at the Canadian Museum of History, was voluminous), he believed that the 1848 abandonment served a dual purpose -- to get to a place where there was game (the mouth of the Back River) and thence to dispatch a smaller party, using lightened ship's boats, to ascend the river and send rescue. His reconstruction also includes the re-manning of one ship, which he places, in accordance with Inuit testimony, off O'Reilly Island.

The latter part of the book gives a good account of those searches that reached as far as King William, and here Cooper was ahead of his time. Unlike Cyriax, who discounted Inuit testimony, Cooper trusts their information, and his book shows careful reading of Hall's and Schwatka's accounts. A brief final coda looks at "King William Island Today," though one has to read between the lines to realize that the last few pages are in fact based on Cooper's own two visits to the island in the early 1950's.

A fuller account of his visit was made within the friendly pages of the punningly-titled Arctic Circular, the relevant volume of which is freely available online. Cooper was accompanied by his wife and his son, Paul Jr.; on their flight to Gjoa Haven they had the pilot fly low over O'Reilly Island, hoping to spot a ship from the air (a hope which, as we've found with the discovery of H.M.S. Erebus in only ten meters of water in 2014, was not unjustified). They then headed up to the northwestern coast of the island, re-locating and occupying a camp left there by L.T. Burwash and Dick Finnie. With them they also brought Father Henry, a well-known missionary then stationed at Gjoa Haven.

On one of these trips, Cooper picked up or otherwise acquired an artifact at Franklin Point that has since grown considerably in significance. It was a plank, its edges smoothed somewhat by weathering, with a large nail or spike protruding sharply through one side. At the time, he wasn't quite sure what to make of it (he never described its discovery in detail) but he did have the good sense to entrust it to the National Museum. It has now been identified by Dr. Karen Ryan of the Canadian Museum of History as almost certainly a piece of deck-planking from one of Franklin's ships. The artifact will be on public display for the first time in 2017, as part of the Museum's upcoming Franklin exhibit; it would also be a lovely turn if someone would -- as did the Arctic Press with Cyriax's book -- undertake to reprint Island of the Lost. It's still a quite good introduction to the Franklin mystery, and one that ought to be on the shelves of anyone who, like Cooper, wishes to re-imagine the last days of Franklin's men.

Cooper retired in the late 1960's, and died in 1970 in Cooperstown, New York -- his family home, named after yet another one of his illustrious ancestors.
Posted by Russell Potter at 10:16 AM